In addition to individuals, we advise mainly companies in various industries. It depends on that we understand the industry of an enterprise because only then a holistic counseling and testing is guaranteed, taking into account the interdependencies. For this purpose, we are guided by the industry structure analysis. By industry structure analysis one gains clarity about how the industry evolved, in which one is working or wants to be active, and thus describes its attractiveness. This makes it possible to derive measures to ensure that the company can be brought into the respective industry characteristics in a long-term competitive position.

The industry structure analysis describes the five competitive forces in an industry in order to assess the attractiveness of an industry and thus the long-term potential profitability of a company. The term industry is seen as a group of companies whose products are mutually can almost replace. Examines all factors like each individual and give a comprehensive picture of the current tragic situation. The system developed by Michael Porter model (also called "Five Forces" or called "Five Forces Model"), helps to investigate and understand the relationships of the analyzed industry. The following figure shows the Porter model to be examined impact forces.

If a new company going into an industry, this naturally affects the competition in this industry. The market entry risk depends on the extent and the level of entry barriers. These are factors that must be overcome by companies that enter onto the market so that they can be competitive there. High entry barriers are an advantage for existing competitors, because they protect against newcomers. Typical barriers include:

The more intense the bargaining power of suppliers is pronounced, the smaller the margin of the buyer on the purchasing side. The power suppliers reduce the attractiveness of the industry and is dependent on a number of structural features of this procurement market. Thus the bargaining power of suppliers is greater, the higher the concentration has progressed in the area of ​​procurement and / or the smaller the substitution principle is pronounced in the form of substitute products. A large supplier of power is to be expected, for example, if a large number of relatively small buyers a small number of suppliers facing whose products are important impulse for the consumer sector and their replacement would cause high switching costs at the customer site.

Furthermore, it is determined the Branchnenattraktivität by the market power of customers. This makes it possible to impose lower prices, better service level and quality of the providers or different suppliers off against each other. The customer power increases with the concentration of buyers on the market and with increasing quantities as well when it comes to standard products with the products. By contrast, high switching costs have a negative impact on the bargaining power of customers.

The profitability and therefore attractiveness of the market decline with increasing threat of substitute products.The threat of substitutes (such as air travel by train travel) increases with their superiority in the price-performance ratio compared to the products of other industry producers and the increase in the change of inclination of the customer.

RIVALRY OF COMPETITORS IN THE INDUSTRY

With increasing rivalry between the already active in the industry competitors, the attractiveness and profitability of the market and the intensity of the competitive relationship of a number of factors are dependent. Important are in particular:

Porters basic message is that a sector to competition is not attractive if these five competitive forces are strong.Because then there is too much competition and the pressure is too high to properly generate profits.

The Five Forces model provides useful insights regarding the forces acting in the industry environment of a company or organization. However, it is important to use the model not only for the simple listing of the five competitive forces. Basically, it comes rather on an assessment of the attractiveness of an industry. The analysis should conclude with an assessment. In the second step, the analysis should encourage them to examine the impact of these forces, and derive opportunities and risks. These are, for example:

Industry structures are not always anchored, but can often be influenced through targeted strategic management.

Companies can create barriers to entry by increasing advertising partners.

You can buy up competitors and thus competition defuse expand its power over buyers or suppliers.

Changes in the structure have not all competitors have the same effect.

A creation of barriers to entry (for example, by higher costs for research and development or advertising) can cause smaller competitors over the big can not match.

Following the analysis of the effect of competitive forces to develop a competitive strategy to follow successfully in the industry to exist and to be able to skim off profits. 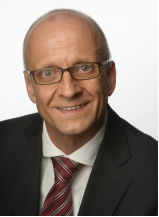 We were awarded by the Manager Magazin as part of the exclusive study
as "Germany's best accountants for SMEs"
.

How to finde us
Hohenstaufenring 43 - 45
50674 Köln
Cookies make it easier for us to provide you with our services. With the usage of our services you permit us to use cookies.
Ok